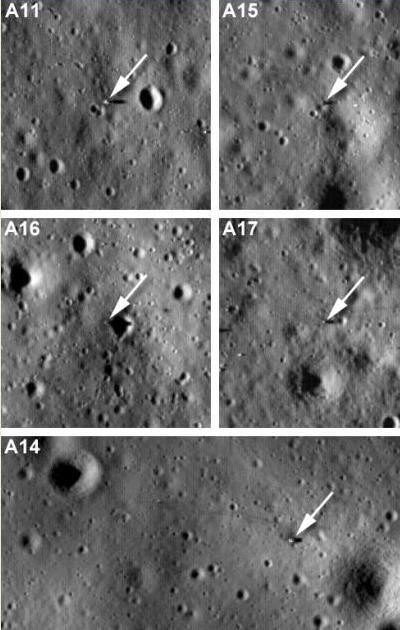 Still very early in the calibration phase of what will be its long-awaited two-year mission exploring the Moon, Arizona State University's stewards of the LRO wide and narrow angle camera system have delivered just preliminary photographs of five of the six Apollo lunar module descent stages (which turned out situated precisely where they were supposed to be when left behind almost forty years ago.

Naturally, the Lunar Pioneers can't think of a better way to celebrate the accomplishment of Apollo 11. (The intensive tracking left behind by the boots of Alan Shepard and Edgar Mitchell on Fra Mauro in February 1971 can easily be seen, having left an obvious trail between the ALSEP and Antares.)