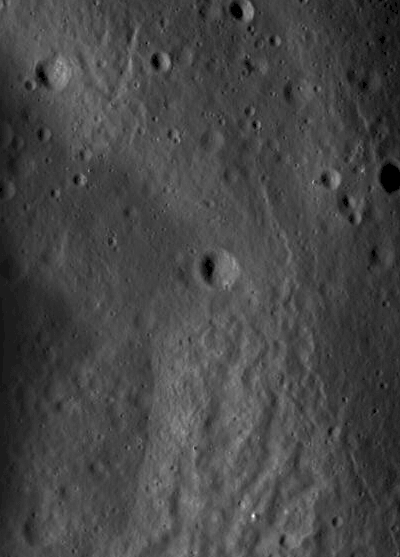 Detail from Uncalibrated view of the rim of Anaxagoras A, (LROC), June 30, 1604 UT; full view centered on 72.18645° North, 351.15175° East (1.85 m/pixel resolution). Among ten new LRO Camera releases, taken along the terminator, during LRO orbit 74, mostly in and around Mare Frigoris, in the far north of the Moon's near side. [NASA/GSFC/Arizona State University]

The latest ten raw calibration images among 14 now in the LROC image gallery, showing the mere potential and promise just ahead from the Lunar Reconnaissance Orbiter.
Posted by Joel Raupe at 8:28 AM