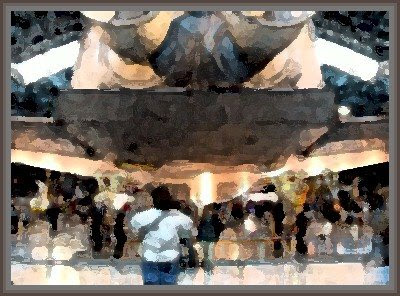 History has established beyond doubt that the Space Shuttle, however admittedly impressive that program has been, never lived up to its chief 1971 selling points of safety and economy. The restrictions placed on the program after the loss of Columbia in 2003 sent clear notice, long ago that the program's days were numbered.

The billion dollar project of its retirement, which includes an elaborate environmental review statement has already begun, as has competition among 20 institutions who want to ultimately host one of the three remaining Orbiters.

So we can undoubtedly expect more stories like the one that follows, from Tulsa, Oklahoma.

The Tulsa Air and Space Museum is among 20 contenders for one of three retiring shuttles.

The space shuttle has not yet landed in Tulsa.

But if Commander John Herrington has his way, that could change soon.

Herrington spoke Thursday in his role as chairman of a committee commissioned by the Tulsa Air and Space Museum & Planetarium, which is aiming to have Tulsa selected as the permanent home of one of the three retiring shuttles.

The museum at 3624 N. 74th East Ave. is one of about 20 sites across the country being considered to house one of the shuttles, which NASA is scheduled to retire next year.

Herrington, who flew aboard the space shuttle Endeavour in 2002, said it would be a "tremendous thing" for Tulsa to be selected because of the positive effect it would have on young minds in this area.