NASA seeks its place in space 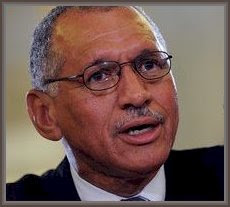 Ambitions in collision with costs, naysayers

The future of NASA is very much up in the air.

The agency behind the spectacular triumph of the 1969 moon landing and the equally spectacular Challenger and Columbia space shuttle disasters is getting a new chief -- former astronaut Charles F. Bolden Jr. -- at a time when it faces major budget and technological uncertainties, a looming five-year "gap" in manned space flights when the shuttle program is retired for good next year, and the scrutiny of a high-powered outside panel ordered up by President Obama to chart the future of the U.S. space exploration program.

Ed. Note: The future of NASA may, indeed, be very much in doubt, a saga more telling of the Manifest Destiny of the United States than of mankind. History alone will tell if, like Portugal, the U.S. blazed a trail, showing what human could accomplish, only to abandon a new age of exploration to others.

It isn't a question of whether humans should or even whether they will travel further into Deep Space, or even whether the Moon is essential to that progress. The only question the American People and their Congress must ultimately answer is whether the United States is a partner or a pioneer in the destiny of Human Beings.

That destiny is settled, because in the end, the grim reality is that the Human Race will survive life in a Cosmos we now know to be materially hostile to carbon-based life forms if we are to survive at all.

This may also prove true for freedom and liberty in a shrinking political world, also, because in the end, just like war, space exploration really is a matter of life or death for the nation and all mankind. All the peace we might accomplish among ourselves here on Earth will not protect us from the manifold dooms the history of our planet shows clearly must eventually return in one form or another.

"Behold, today I set before you life and death.
Therefore, choose life."
Posted by Joel Raupe at 3:34 AM