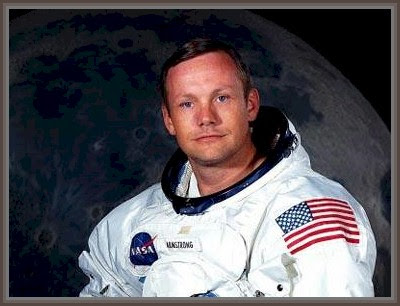 Neil Tweedie - London Daily Telegraph - "Armstrong spent just short of nine days in space – eight days and three hours during the Apollo 11 Moon-shot and 11 hours during the earlier and near-catastrophic Gemini 8 mission. His visit to the Moon lasted 22 hours and he walked on its surface for a mere two-and-a-half hours, never venturing more than a couple of hundred yards from the module. Yet his life is defined by space. He has been a combat flier, a test pilot, a university lecturer in aeronautics and a company director, but none of this matters to the rest of humanity. For a man who shuns celebrity, and who insists on assessing his life in broader terms, it is a source of frustration."
Read the feature HERE.
Posted by Joel Raupe at 3:38 PM