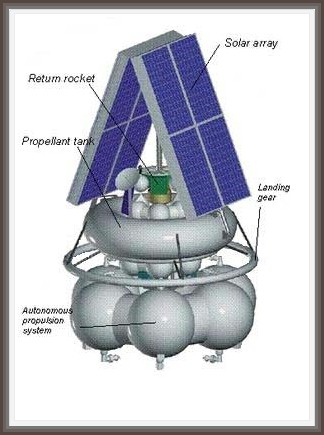 Roscosmos Grunt, the long-planned successor to the Soviet sample return spacecraft of the 1970's, may be where China will ultimately catch up with the U.S., Japan and India in the new long-term return and exploration of the Moon. China is finalizing an agreement to add a sub-satellite to the Russian design.
Roscosmos -

Russia and China prepare joint space projects. These days, the projects are being discussed in Beijing by Roscosmos Head Anatoly Perminov and Sun Laiyan, Administrator of the Chinese Space Administration.

New bilateral space cooperation program is supposed to be accepted as a result of these negotiations.

Vesti clarifies that China pays special attention to exploration of the Moon. Initial joint steps of Russia and China in this area were made in 2006.

Anatoly Perminov, Head of the Russian Federal Space Agency, explains more about it: “We reviewed the new program which would cover 2010-2012. The core of this program is based on individual projects and topics with the goal to achieve more serious ones. For expample, completion of the Phobos-Grunt project. It is to finalize in October. Completion of this work will provide much for the world space business.”

I learned more about friendship and friends online in your blog and I need to get more friends thorugh you blog to my social networking website and Online friends community to get more entertainment with online friends.