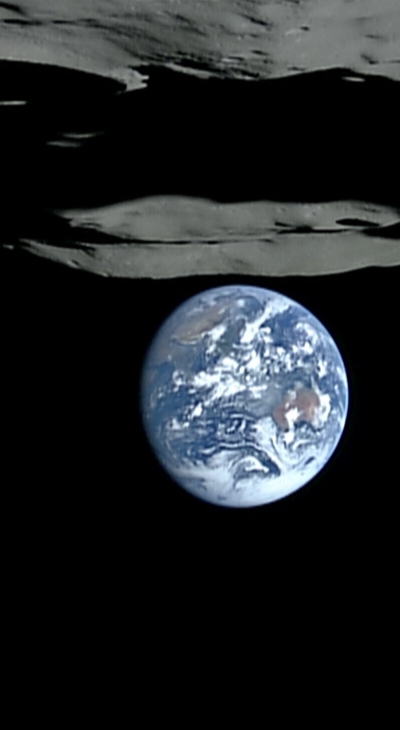 By now "iconic" JAXA/NTK's lunar orbiter Kaguya (SELENE-1) took the most natural-looking Earthrises and this Earthset, behind Malapert Massif and the south pole of the Moon in 2007. Billions of datapoints from several racks of experiments gathered during the two-year mission have yet to be thoroughly analyzed, let alone released to the public. Among the accomplishments known already to the mission team's credit is best resolution of the Moon's true size, it's lowest and it's highest points.
For a detailed review of the historic mission, click HERE.

"Everything has its start and end," writes Junya Terazono, "Kaguya, too."

Terazono emailed the world-wide community of lunar scientists, Sunday, though it was not to announce the latest astounding release from the first Five Star lunar mission on the 21st Century.

The Japanese language version of this announcement can be read here.

"Of course, this does not mean JAXA terminate all Kaguya-related activities. Data analysis and processing will continue, as well as publication and outreach activities. These will be conducted by JSPEC, JAXA Space Exploration Center (http://www.jspec.jaxa.jp).