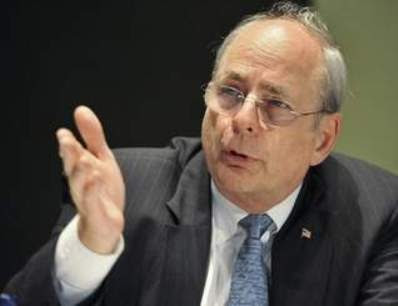 Nonetheless, the panel will offer at least two options for future human spaceflight programs that could be done within the $81.5 billion budgeted for NASA through 2020.

And people on the Space Coast will be among the first to hear about "destination-based" scenarios for missions beyond Earth orbit when the committee is briefed on the topic for the first time at a public hearing today in Cocoa Beach.

On Wednesday, NASA officials steadfastly defended plans to develop the Ares I and Ares V rockets for moon missions at a hearing near NASA's Marshall Space Flight Center in Huntsville, Ala.

"The Ares I and V development is the fastest and most prudent path to closing the human spaceflight gap while enabling exploration of the moon and beyond," NASA Ares Program Manager Steve Cook said.

Cook and other NASA officials noted that Columbia accident investigators recommended that NASA replace its shuttle fleet with spacecraft designed to give overriding priority to crew safety.

The Ares I, which is being developed to carry moon-bound astronauts into low Earth orbit, would be 10 times safer than the shuttle, Cook told the panel.

It also would be a factor of two, and in some cases, a factor of three safer than the alternative launch systems that the committee is examining, Joseph Fragola, an independent risk analyst, told the panel.

Read the Balance of the Article HERE.
Posted by Joel Raupe at 5:00 PM