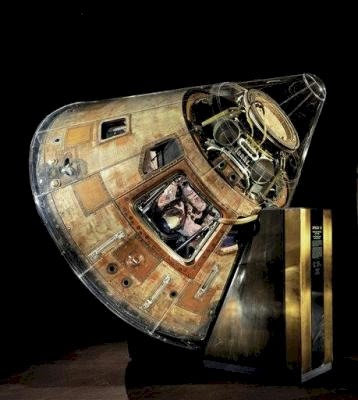 On view in the Smithsonian National Air & Space Museum, Apollo 11 Command Module Columbia, explicit demonstration of the stress of re-entry at 40,000 kilometers per hour.

On July 20, 1969, Apollo 11 astronauts Neil Armstrong and Buzz Aldrin became the first humans to walk on the moon. Forty years later, a variety of museums, space centers and other institutions are marking the anniversary with events, exhibits, concerts and lectures.
A few details on some of the bigger activities and venues, HERE.
Posted by Joel Raupe at 8:26 AM