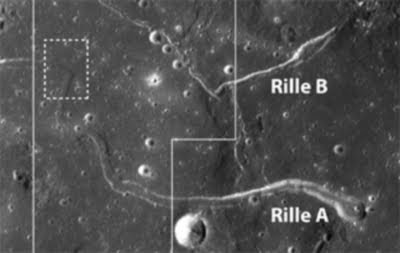 Amidst the Marius Hills, which might have been a landing site for Apollo 18 if that mission had not been defunded in 1971, a much-studied region of the lunar surface where a "skylight" was uncovered by Japan's Kaguya lunar orbiter. [ISAS/JAXA/Junichi Haruyama et al./Discovery]

One of the key questions when we eventually return to the Moon will be: where are we going to live? Perhaps one solution has just presented itself in the form of a hole in the lunar surface, possibly leading to a hollow lava tube. This natural formation is known as a "skylight" and up until now little was known about where they are located and how many there are.

A Japanese team headed by Junichi Haruyama has analyzed data from the JAXA Kaguya mission to find these holes in the ground, and after two years of searching, they've found one in the Marius Hills region of the Earth-facing side of the Moon. The skylight is approximately 60 meters wide and it provides a tantalizing glimpse into what could be a future target for manned lunar exploration.

Carolyn van der Bogert, a co-investigator from University of Münster in Germany, has kindly taken the time to answer a few questions from Discovery News about this fascinating skylight and what it could mean to the future of lunar exploration.