More on the Skylight at Marius Hills 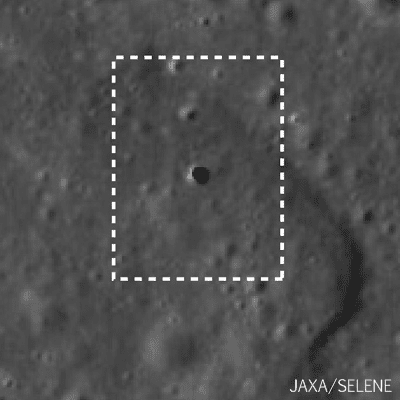 A deep hole on the moon that could open into a vast underground tunnel has been found for the first time. The discovery strengthens evidence for subsurface, lava-carved channels that could shield future human colonists from space radiation and other hazards.

The moon seems to possess long, winding tunnels called lava tubes that are similar to structures seen on Earth. They are created when the top of a stream of molten rock solidifies and the lava inside drains away, leaving a hollow tube of rock.

Their existence on the moon is hinted at based on observations of sinuous rilles – long, winding depressions carved into the lunar surface by the flow of lava. Some sections of the rilles have collapsed, suggesting that hollow lava tubes hide beneath at least some of the rilles.

But until now, no one has found an opening into what appears to be an intact tube. "There's sort of a chicken-and-egg problem," says Carolyn van der Bogert of the University of Münster in Germany. "If it's intact, you can't see it."

Finding a hole in a rille could suggest that an intact tube lies beneath. So a group led by Junichi Haruyama of the Japanese Aerospace Exploration Agency searched for these "skylights" in images taken by Japan's Kaguya spacecraft, which orbited the moon for almost two years before ending its mission in June.

The team found the first candidate skylight in a volcanic area on the moon's near side called Marius Hills. "This is the first time that anybody's actually identified a skylight in a possible lava tube" on the moon, van der Bogert, who helped analyse the feature, told New Scientist.

The hole measures 65 meters across, and based on images taken at a variety of sun angles, the the hole is thought to extend down at least 80 meters. It sits in the middle of a rille, suggesting the hole leads into a lava tube as wide as 370 meters across.

It is not clear exactly how the hole formed. A meteorite impact, moonquakes, or pressure created by gravitational tugs from the Earth could be to blame. Alternatively, part of the lava tube's ceiling could have been pulled off as lava in the tube drained away billions of years ago.

Finding such an opening could be a boon for possible human exploration of the moon. Since the tubes may be hundreds of meters wide, they could provide plenty of space for an underground lunar outpost. The tubes' ceilings could protect astronauts from space radiation, meteoroid impacts and wild temperature fluctuations.

"I think it's really exciting," says Penny Boston of the New Mexico Institute of Mining and Technology in Socorro. "Basalt is an extremely good material for radiation protection. It's free real estate ready to be exploited and modified for human use."
Blocked passage?

But even if astronauts were to rappel into the hole, they might not be able to travel far into the tube it appears to lead into. "I would bet a lot of money that there's a tube there, but I would not bet nearly so much that we could gain access to the tube," says Ray Hawke of the University of Hawaii at Manoa, who has also hunted for lunar lava tubes.

Rubble or solidified lava might block up the tube. "It could be closed up and inaccessible," Hawke told New Scientist.

NASA's Lunar Reconnaissance Orbiter (LRO), which should be able to snap images of the area that are at least 10 times as sharp, could help reveal more about the hole. And more lava tube openings may be found.

The Kaguya team is still combing over images of other areas in search of additional skylights. And Hawke says a proposal is in the works to use LRO's main camera to snap oblique shots of the lunar surface. This could help reveal cave entrances that are not visible in a bird's-eye view.
Posted by Joel Raupe at 6:11 PM