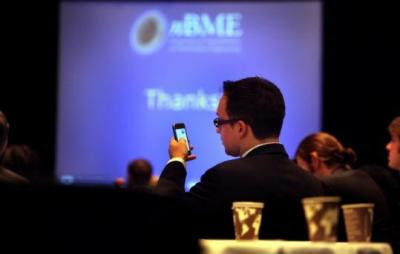 Rocket ships and outer space conjure up images of shuttle launches, moon landings, and the wonders of the unknown beyond Earth’s atmosphere. But for about 130 attendees of the Space Investment Summit yesterday at the Hynes Convention Center, these things are just business as usual.

The summit, which came to Boston for the first time since it started in 2007, gives entrepreneurs with space-related ideas an opportunity to try to convince prospective investors that their ideas are more than science fiction fantasies, but rather the next big thing.
Read the Story HERE.
Posted by Joel Raupe at 1:17 AM