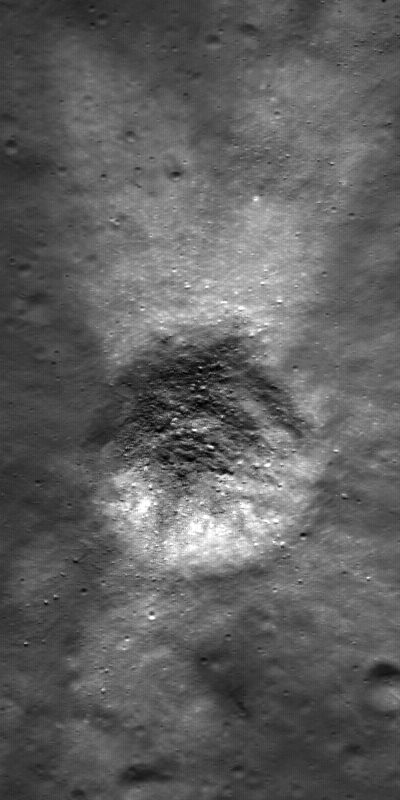 Distinctive asymmetrical ejecta surrounding a 140 meter diameter crater in the lunar highlands. Crater is located on the northeastern rim of the eroded (pre-Nectarian) crater Hommel at 52.9°S, 34.6°E. Image width = 600 meters, and north is up (0.6 m/pixel resolution) [NASA/GSFC/Arizona State University].

Many lunar impact craters display an asymmetric ejecta blanket. During the Apollo era, NASA scientists used high speed projectiles to replicate the conditions of impact at different angles. Real asteroids hit the Moon at fantastically high speeds, greater than 16 km per second (or 35,000 miles per hour). As the angle between the asteroid path and the surface becomes smaller, no change in the crater shape is seen until an oblique angle of 15° or less. At these small angles non-circular craters and/or non-uniform distribution of ejecta occurs. Craters that display these characteristics are known as oblique impact craters, such as the example above or the crater Messier, an unusual elliptical crater with a very distinctive "butterfly" ejecta pattern.

In such a low angle impact, the ejecta has more momentum in the direction of travel of the impactor, which causes the asymmetric ray patterns. In this case the largest extent of ejecta extends to the north and south and a small amount to the east, probably indicating that the impactor came from the west. Compare this crater to the 33 meter diameter Apollo S-IVB crater imaged by LROC.

Although the S-IVB crater has a similar ejecta pattern this crater is larger, showing that the impactor was much larger. The blocks in the bottom of the crater may have been formed by the tremendous pressures unleashed during the impact - future human explorers would surely want to investigate. 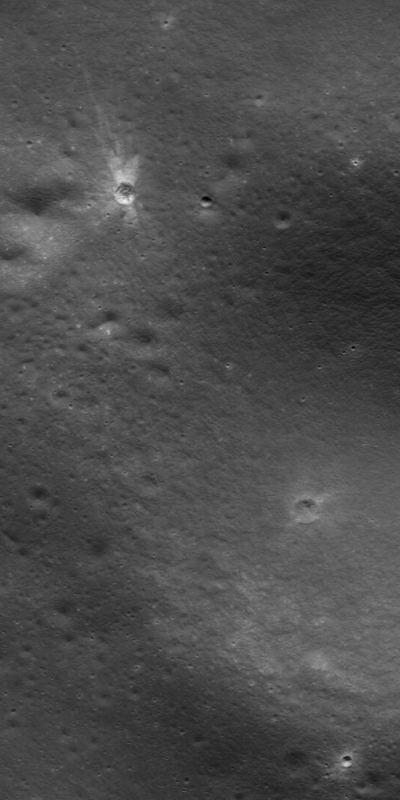 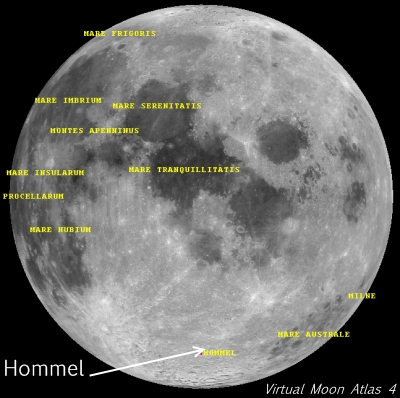