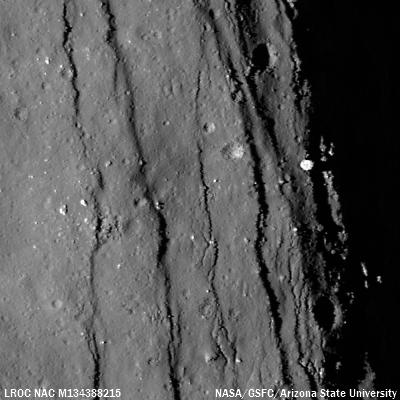 Necho is a Copernican Age 30-km complex crater in the far side highlands (5°S, 123°E). Necho displays beautiful terraced walls formed as a large section of the wall slumped into the crater interior shortly after the impact event. 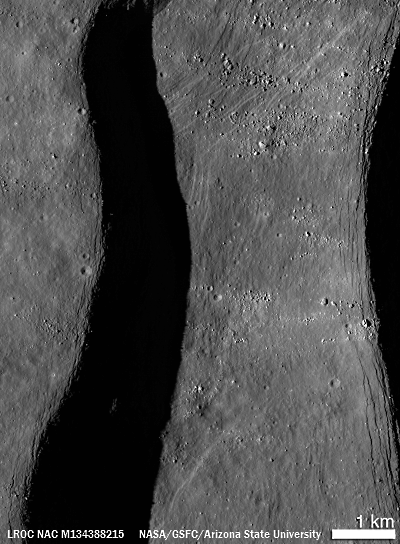 Terraces are typical for craters of this size, though in Necho's case the terraces formed only on the western side. 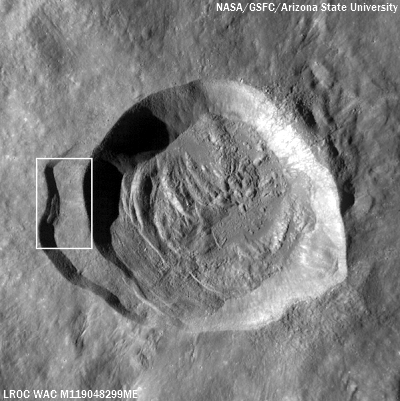 It appears that Necho formed on the rim of an older, highly degraded crater. The western half of Necho formed rather normally but the eastern half was affected by this preexisting topography.

The walls on that side were lower, allowing huge flows of impact melt to spill from the crater as seen in the past Featured Image, July 29, 2010 (highlighted again in tomorrow's image.

Necho's serendipitous formation at this site resulted in an extra-beautiful lunar crater. Discover the beauty of Necho's terraces for yourself in the full LROC NAC mosaic.