The global image of the Moon obtained by Chang’E-1: Data processing and lunar cartography 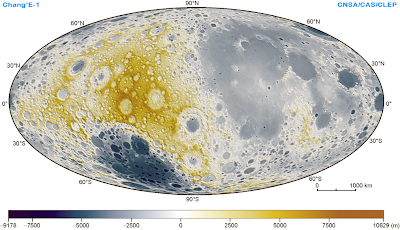 The global lunar image of the first phase of Chinese Lunar Exploration Program (CLEP) is the first image to cover all over the surface of the Moon. It will serve as a critical foundation for succeeding exploration and scientific research.

In this paper, the acquisition, characteristics, and data quality of Chang’E-1 Charged Coupled Device (CCD) image data are described in detail.

Also described are the methodology and procedure of data processing. According to rule of planetary cartography, the image data has been processed, geometrically corrected, and then (made into a mosaic) and merged to a scale of 1:2,500,000. The results of data processing and charting show the image data of Chang’E-1 CCD and its geometric precision meet the demands of charting a map in the scale of 1:2,500,000.