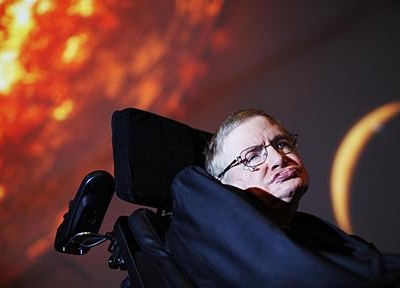 The human race must look to outer space within the next century or it will become extinct, Professor Stephen Hawking has warned [Daily Telegraph].
Richard Alleyne
Science Correspondent
Daily Telegraph

The renowned astrophysicist said he fears mankind is in great danger and its future "must be in space" if it is to survive.

In an interview he said threats to the existence of the human race such as war, resource depletion and overpopulation meant it was at its greater risk ever.

Although a long advocate of colonising space in order to continue man's reign, this is his direst warning to date.

"It will be difficult enough to avoid disaster in the next hundred years, let alone the next thousand or million," he told the website Big Think.
"Our only chance of long-term survival is not to remain inward looking on planet Earth but to spread out into space.

Read the article, HERE.
Posted by Joel Raupe at 9:33 PM