Bhabha sinks into the shadows 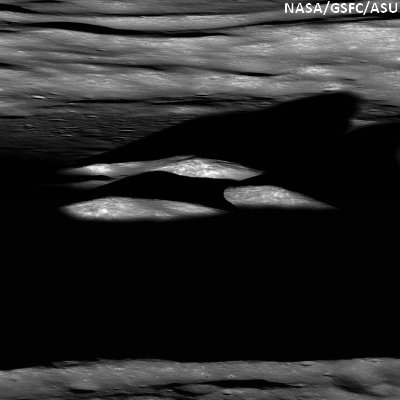 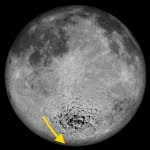 The central farside crater Bhabha (64 km diameter) was named in honor of the physicist Homi Jehangir Bhabha (1909-1966), a nuclear physics pioneer in his home country of India. 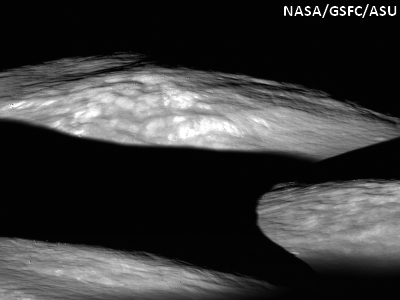 Bhabha has a trio of central peaks that rise over a kilometer above the crater floor, and it has an intricate and complex system of rim terraces. Bhabha itself is a deep crater whose floor lies some 3 to 3.5 km below the crater rim. The crater is of special interest because the impact that formed it penetrated deep into the SPA Basin floor and excavated materials of the SPA Basin impact-melt complex, distributing these materials onto the surrounding plains.

Even though this event happened long ago in the Moon's history, those materials are still present in the surrounding plains deposits waiting for a lunar explorer - whether robotic or human - to come along and return them to Earth. These materials could then be used to address several important scientific questions, including age-dating the SPA Basin formation event, determining the nature of the materials that melted when SPA formed, and figuring out how deep the impact penetrated - perhaps through the lower crust and into the upper mantle of the Moon!

Full view across Bhabha crater [NASA/GSFC/Arizona State University].
Look at those boulders on the summit. They may contain some of the deepest materials readily available from the Moon's crust. Imagine collecting samples of these precious materials yourself and returning them to Earth! 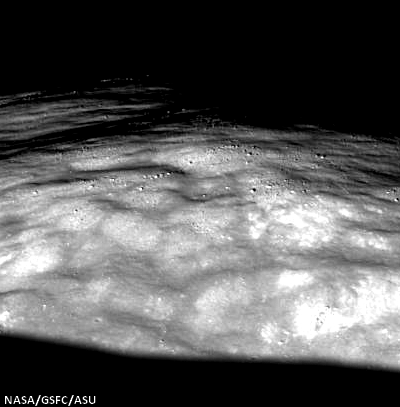 The Boulders of Bhabha [NASA/GSFC/Arizona State University].
Posted by Joel Raupe at 8:57 PM