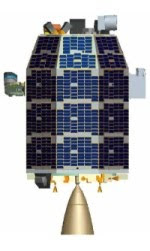 The Lunar Atmosphere and Dust Environment Explorer (LADEE) is a Lunar science orbiter mission currently under development to address the goals of the National Research Council decadal surveys and the recent "Scientific Context for Exploration of the Moon" (Final Report, 2007) to study the pristine state of the lunar atmosphere and dust environment prior to significant human activities.

These investigations are relevant to our understanding of surface boundary exospheres and dust processes throughout the solar system, address questions regarding the origin and evolution of lunar volatiles, and have potential implications for future exploration activities. 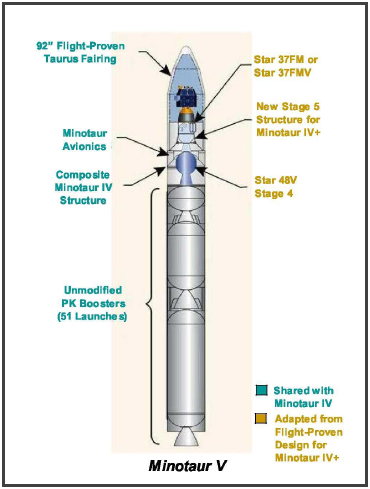 The LADEE mission will use a Minotaur V launch vehicle with WFF as the launch site (Pad 0B). The expected launch date is late 2012. The Minotaur V is a new launch vehicle, and is evolved from the Minotaur IV design. It includes a new 3-4 interstage, new stage 5 avionics cylinder, stage 5 spin/de-spin, PAF, and the STAR 37 motor. The first three stages of the Minotaur IV, in turn, are based on the highly successful Peacekeeper Missile [NASA/ARC].

LADEE employs a highheritage science instrument payload including a neutral mass spectrometer, ultraviolet spectrometer, and dust sensor. In addition to the science payloads, LADEE will fly a laser communications system technology demonstration that could provide a building block for future space communications architectures.

LADEE is an important component in NASA's portfolio of near-term lunar missions, addressing objectives that are currently not covered by other U.S. or international efforts, and whose observations must be conducted before large-scale human or robotic activities irrevocably perturb the tenuous and fragile lunar atmosphere. LADEE will also demonstrate the effectiveness of a low-cost, rapid-development program utilizing a modular bus design launched on the new Minotaur V launch vehicle. Once proven, this capability could enable future lunar missions in a highly cost constrained environment.