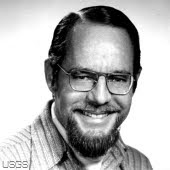 Don Edward Wilhelms received the Shoemaker Distinguished Lunar Scientist Award last night during a ceremony of the Lunar Science Forum at NASA's Ames Research Center, Moffett Field, Calif. The award is given annually to a scientist who has significantly contributed to the field of lunar science.
Wilhelms was hired by Gene Shoemaker and worked at the United States Geological Survey (USGS), Menlo Park, Calif., as an astrogeologist for 24 years. He retired from the USGS in 1986.
His research was very broad, covering nearly all categories of lunar science. According to scientists, no student of the lunar surface, its terrain, and the geologic context of samples can function without the framework developed by Wilhelms.
"Dr. Wilhelms has literally written the book on lunar geology. Both of his books, 'To a Rocky Moon' and 'The Geologic History of the Moon,' have been required reading for students of lunar science," said David Morrison, retiring director of the Lunar Science Forum.
David King of the Lunar and Planetary Institute in Houston notes, "Wilhelms' real-time guidance to the Apollo program was extraordinary. Furthermore, his geologic analyses and interpretative maps continued to shape our measure of the Moon for decades after the Apollo era." 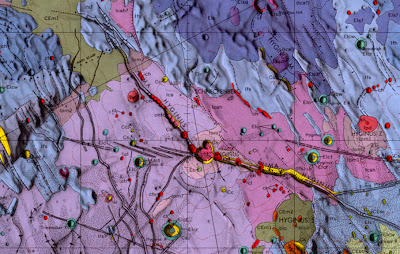 The first Distinguished Lunar Scientist Award was given posthumously last year to Gene Shoemaker and presented to his wife, Carolyn, for Shoemaker's many contributions to the lunar geological sciences.
Posted by Joel Raupe at 5:44 PM