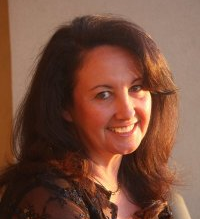 The institute leads teams of scientists both at Ames and across the nation and abroad whose research focuses on the moons of Earth and other planets of the solar system. Pendleton succeeds planetary scientist David Morrison, who has led the institute for three years and is an expert on asteroids whose paths carry them toward possible impacts on Earth.

Pendleton and her husband, Ames research astronomer Dale P. Cruikshank, are among a group of scientists whose discoveries of life's precursor chemicals in the icy hearts of comets have given rise to current theories on the origin of life on Earth. Those ideas hold that Earth's life - and possibly life on Mars, too - arose from the organic chemicals that those comets carried here from the most distant reaches of the solar system billions of years ago.

During her 31-year career as a NASA researcher, Pendleton has also served as chief of the Ames Space Science and Astrobiology Division.

Morrison was recently appointed director of the Carl Sagan Center for the Study of Life in the Universe at the independent SETI Institute in Mountain View. He will continue part time as senior scientist at the lunar research institute.

Pendleton's new appointment was announced Monday, the day before the third annual Lunar Science Forum at Ames.
Posted by Joel Raupe at 6:38 AM