NASA's new mission and the cult of management 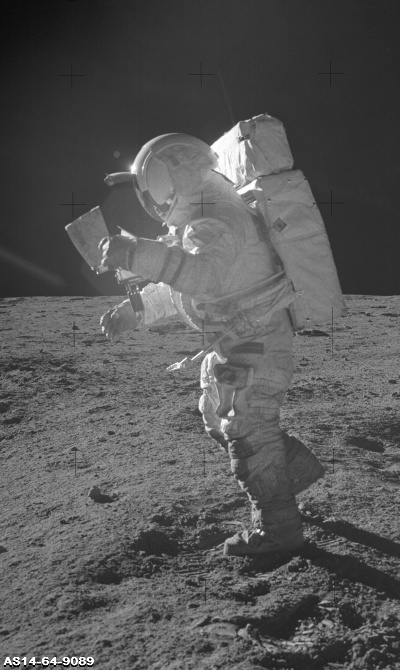 During a recent interview on Al Jazeera television, NASA Administrator Charles Bolden outlined NASA’s new priorities. His remarks became headlines as the previously ignored story about the redirection of the space agency toward international diplomatic outreach and global climate change research finally reached the many who still hold NASA in high regard. Beyond the inane and vacuous policy comments, one statement by Administrator Bolden went virtually unnoticed: “We’re not going to go anywhere beyond low Earth orbit as a single entity,” he revealed, “The United States can’t do it.” If it’s possible to shock Americans into paying attention to NASA and our national space program, those words might do it.

It’s one thing to assert that the Unites States desires more international collaboration as a matter of policy for reasons of fostering alliances, developing new cultural ties, or even to promote world peace. It’s an entirely different proposition to assert that the United States has lost the ability to reach for the stars, that America is incapable of exploring space alone. Have we become comfortable with the idea that it’s politically incorrect to have pride in our nation’s abilities – past, present and future?

The natural reaction of many Americans is to strongly protest such a notion by asserting that our technology is the greatest in the world and that we can design and build anything we choose to. However, one can not escape the reality that the statement quoted above was made by the head of the agency charged with sending U.S. astronauts into space, a task that Americans have watched NASA carry out for almost 50 years. A more troubling thought is that maybe he is right.

I’ve worked with NASA for 25 years on experiments, research, and advanced planning and missions. I’ve been involved with studies to put a base on the Moon since 1984 (the year of the first conference on lunar bases at the National Academy of Sciences in Washington DC). In all of these efforts, I believed that our future in space was at stake and that we were preparing for humanity’s return to the Moon, followed by journeys to the planets.

As the years wore on, it began to dawn on some of us that some within and outside the agency really didn’t want to go anywhere or do anything in space. Working for NASA means being involved in the process of working. How you structure a project, who gets assigned what work and how many meetings you conduct is the formula that elevates you faster than when (or even if) you deliver a product, a mission or a program. This culture becomes even more evident as one ascends the chain of command. The farther up the organizational ladder you go, the further removed from the productive segment of the agency you are, with product being replaced by an ever multiplying and bewildering variety of workshops, seminars and management training retreats. There exists in America today a thriving industry dedicated to convincing people who have no organizational or management skills that in fact, they are all excellent organizers and managers. Much of this sub-culture is accurately (and hilariously) portrayed in the comic strip Dilbert.

Management fads like Total Quality Management regularly come and go. NASA has dabbled in Faster-Cheaper-Better, Spiral Development, Earned Value Management, and many others. Each new initiative is unveiled as The Answer, the magic beans solution that will re-establish the NASA of our forefathers – smart, productive, innovative, and competent. Management thrives by producing more middle managers. People joke about highway projects where one guy digs a hole while five others lean on their shovels, watching him work. That old chestnut always gets a laugh because we’ve all seen it at some point. You see it a lot within NASA. As administrative cost consumes more and more of the budget pie, the slice that represents funding for the productive sector of the agency keeps shrinking.

Bolden’s comment is tragic, not in its misunderstanding but in its verity. America cannot go back to the Moon by itself not because we lack the wealth or the technical skills but because we have developed a culture of management bloat and process-orientation that proliferates bureaucracy. NASA is comfortably cushioned from the reality of their organizational maladies by the amazing legacy inherited from those who did great things in the past. They may believe they’re immune to the Cult of Management, but as evidenced by Bolden’s statements, the agency has changed. NASA has become a “feel-good” bureaucracy, stuck on the idea of doing one-off stunts in space for public approval and a guaranteed institutional lifetime, paid for by the public. This attitude both inside and outside of the agency has lead to the demise of our national spaceflight capabilities. Stagnant entities reflexively dwell on past glory; dynamic ones build upon them to create something both significant and permanent.

Occasionally, I’m asked why I stay in the space business. I do so because I believe in the mission of space exploration and in the importance of moving humanity into the Solar System. Every now and then, an opportunity arises outside the boundaries of normal business to do something productive and create a lasting legacy – a time when the stars align and a leader refuses to follow the established rules or to unimaginatively subscribe to the conventional wisdom.

Currently, the “right stuff” manifests itself as a pattern of waiting for a propitious political opportunity and a few far-seeing people to seize the day and push through something that otherwise would be buried by “process.” In my opinion, the Vision for Space Exploration was such an opportunity – a path forward, achievable in stages, that would have created a legacy of space faring capability. The idea of actually doing something made the Vision a nonstarter to many within the agency – it challenged their worldview of process over product. They are content to merely manage an organization. The goal of leading America and the world into the Solar System has become a slogan in a strategic plan, an ever-fading banner over an office door.

Is any of this fixable? Perhaps. For now, the opportunity to strengthen the U.S. space program, an endeavor that has traditionally pushed technology development and stoked our economic engine, has been kicked aside. But by their very nature, new opportunities arise unbidden and unforeseen at irregular intervals. I wonder if we’ll do better next time.