Not your average complex crater 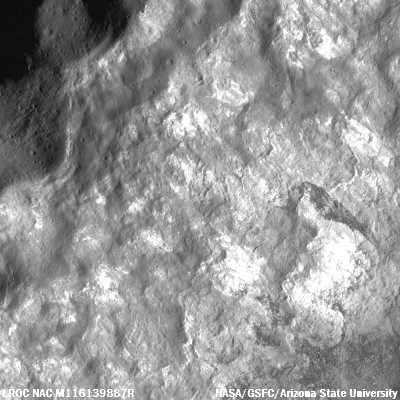 The small, irregular terraces on the walls of Bürg Crater and the debris piles and outcropping wall material, with strong variations in reflectance, only hint at the geologic diversity of this complex crater. Bürg's rim is on the upper left, with downslope direction toward the lower right. Illumination is from the right, Full-sized image HERE, field of view = 870 meters (LROC NAC M116139887R, LRO orbit 2249, December 22, 2009; Altitude 41.33 km, resolution 0.65) [NASA/GSFC/Arizona State University].
Lillian Ostrach
LROC News System 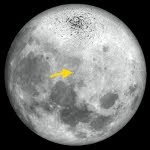 Bürg crater, ~40 km in diameter, is located in Lacus Mortis and represents a fine example of a complex crater. 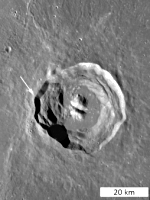 Subset of a map-projected LROC WAC monochrome context image of Bürg crater. Notice the terraced crater walls, the smooth crater floor, and the well-developed central peaks. The arrow points to the location of the area highlighted in the opening LROC NAC image [NASA/GSFC/Arizona State University].

Bürg crater is unique from many other complex craters because instead of having a broadly circular rim, the crater's rim is scalloped and wavy. Sometimes, pre-existing geologic structures or features help shape a crater during crater formation.

Meteor Crater on Earth has a slightly polygonal shape because of the joints and fractures that pervade the target sedimentary rocks. Could pre-existing joints in the mare basalts filling Lacus Mortis explain the scalloped nature of Bürg's rim? Possibly, but because the overall shape of the crater itself is circular and resembles other complex craters on the Moon, structural influences may have only affected portions of the crater rim, causing differential collapse and terrace formation.

Looking closely at the portion of the LROC WAC image above, there seems to be greater terracing and wall-slumping on the western side of the crater, which also happens to be less circular than the eastern rim. However, before we use this observation to interpret the origin for the scalloped crater rim, we need to look at additional LROC NAC images and the LROC WAC image in detail to substantiate this hypothesis.

Explore Bürg's rim for yourself to see what geologic clues you can find that provide insight into the geologic features of this beautiful complex crater! 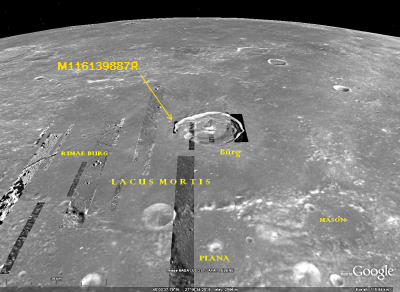 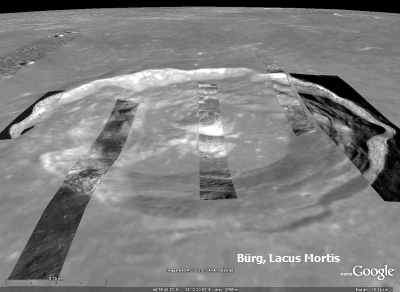 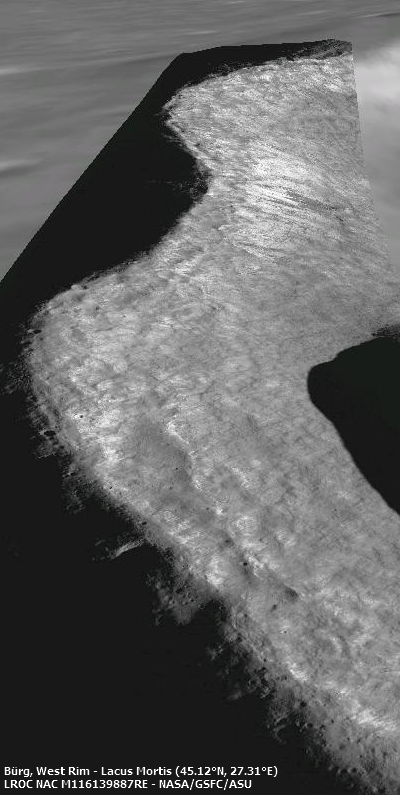 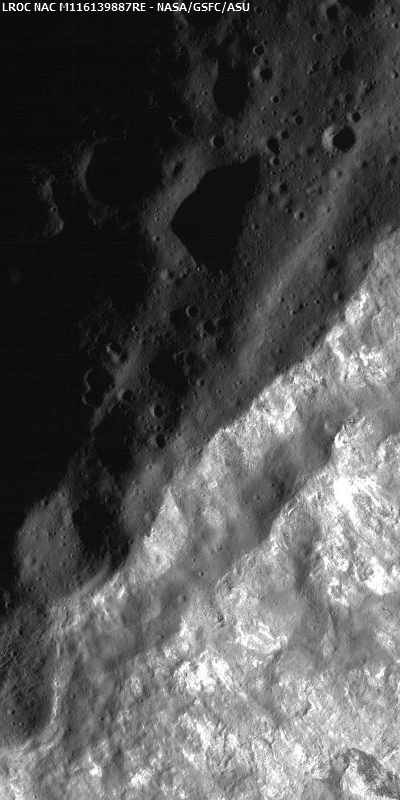