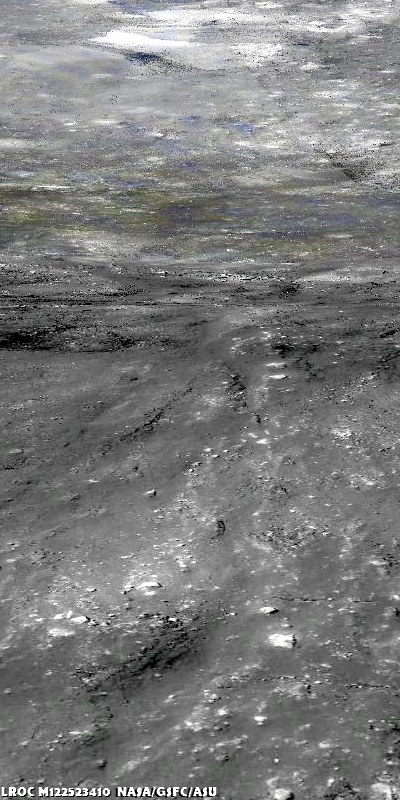 Following up on Dr. Mark Robinson's LROC Featured Image, "Aristarchus - Up from the Depths," from July 20 presented the opportunity to add some color to create a value-added product. Above, at its heart, is a new three-dimensional glimpse north from high over the southern rim of the dazzling and brilliant Copernican-age crater Aristarchus, possible by superposition of LROC Narrow-Angle Camera (NAC) observation M122523410 onto a low-resolution digital elevation model of Aristarchus Plateau available through the Google Earth application. A touch of color has been added, previously available only to the most diligent operators of telescopes, Clementine data and, most recently, LRO's fast-developing Wide Angle Camera catalog. The ultimate potential of such recombinations boggle the mind. 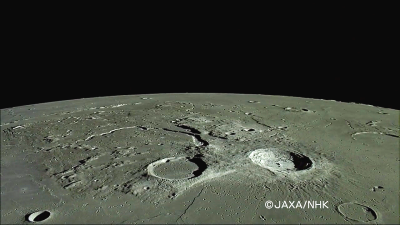 From 2008, a 200 kilometer-wide (at bottom) SELENE-1 (Kaguya) HDTV view of Aristarchus Plateau, very close to it's true optical appearance from orbit. Subtleties of actual color variation are difficult to detect, though they are definitely present [JAXA/NHK/SELENE]. 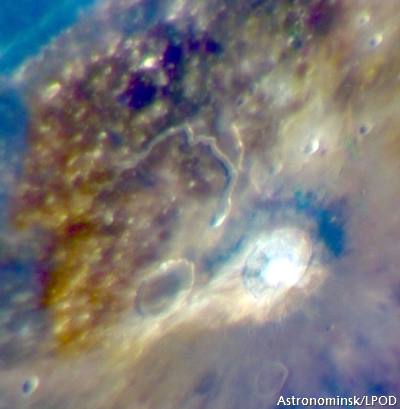 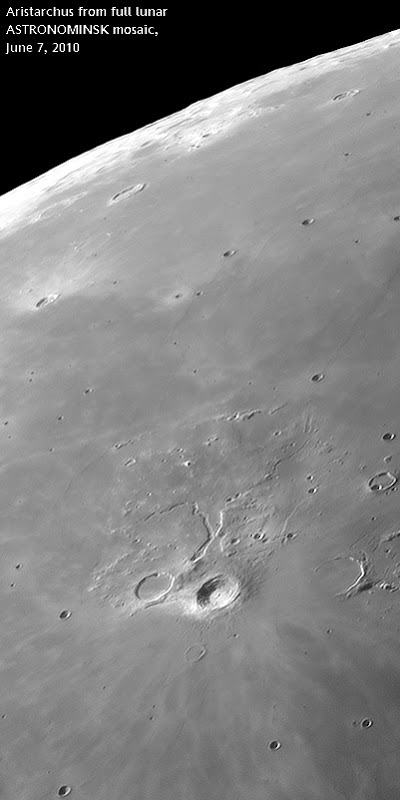