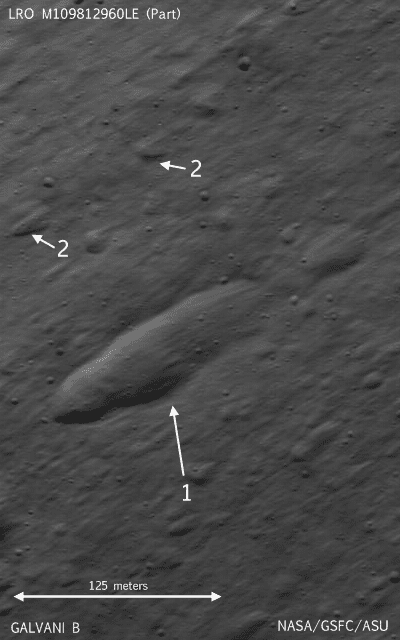 Interactions between the mobilized material excavated during impact and the pre-existing surface formed dune-like and trough-like features in the ejecta blanket of Galvani B, a 15-km diameter crater. North is up, image resolution is 0.58 m/pixel [NASA/GSFC/Arizona State University].

Observed in previous LROC Featured Images, relatively young craters have distinctive ejecta blankets, some of which vary in albedo and represent the sampling of material at depth excavated by impact events. Galvani B (49.5°N, 271.4°E) is a 15-km diameter, relatively fresh crater with unique ejecta deposits. The initial phase of an impact event is the excavation of material at high velocities from the site of impact. These boulders and unconsolidated material composing the ejecta curtain fall to the lunar surface following a parabolic trajectory to form the ejecta blanket and secondary craters. If the velocity of ejecta fragments is large enough, erosion of the surrounding surface will occur. Larger boulders forming secondary craters may appear elongated, leaving a path similar to a skipped stone in water (indicated by arrow "1"). The impact of the ejecta with the pre-existing surface may form dune-like features, especially where the ejecta meets older, small craters (indicated by arrows "2"). Although the resolution of previous images allowed scientists to identify depositional features within ejecta deposits, the LROC NAC images provide a view of the surface-ejecta interactions at the sub-meter scale and the subsequent modification of these ejecta deposits by younger, small craters.

Ejecta deposits like this will provide a rich sampling environment for future lunar explorers. As an astronaut walks towards the crater rim across the ejecta field, the material underfoot progressively samples deeper and deeper in the crater as the intrepid explorer approaches the rim. Impact craters provide a natural drill hole into the subsurface, providing geologists with samples to unravel the local geologic history. 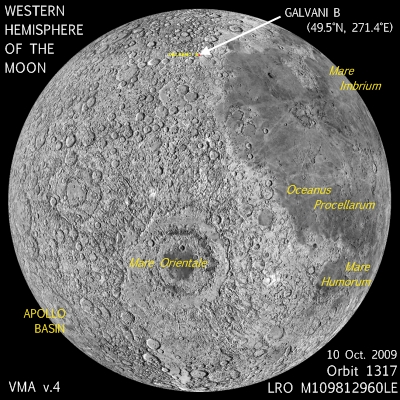 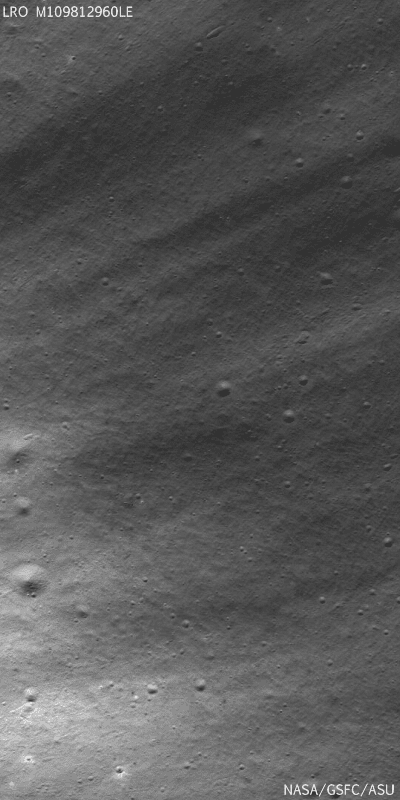