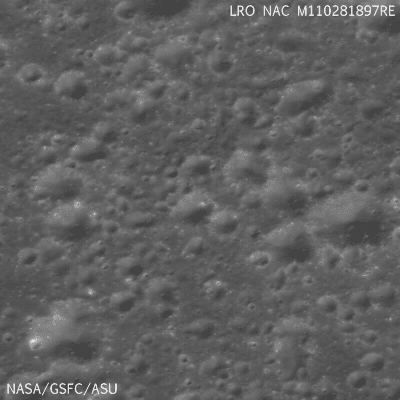 Cluster of secondary craters help geologists determine the relative ages of features, even when they are separated by great distances. Image width = 630 meters. From an uncalibrated Lunar Reconnaissance Orbiter (LROC) Narrow Angle Camera frame showing the floor of a small 14 kilometer diameter crater on the lunar farside,~68 km east of Jackson. Note the small, secondary craters that cover the floor of this crater [NASA/GSFC/Arizona State University].

When people envision a "moonscape" it probably looks something like this -- craters, craters everywhere.

But how can we figure this out for sure? Nothing replaces the utility of samples and in-situ exploration. For example, when human explorers collect samples both from the regolith near this cluster of secondary craters and Jackson crater, then the impact melts can be radiometrically age-dated in a laboratory to provide absolute formation ages. If the ages determined for the regolith samples obtained from this crater cluster match the age dates determined for the Jackson impact, then they probably originated from the same impact event. 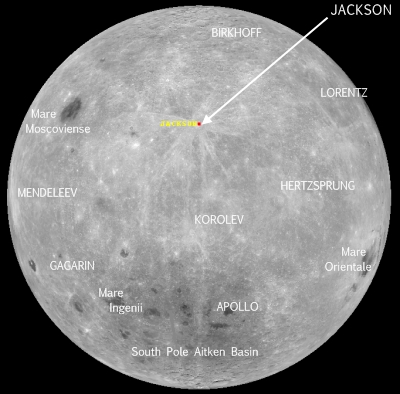