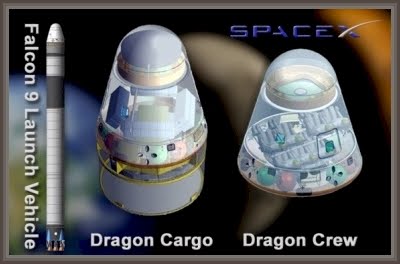 The Examiner has a Q&A with SpaceX founder Elon Musk in which he talks about how much cheaper it will be once his company’s Falcon 9 rocket begins launching Dragon spacecraft into orbit:

SA: A manned flight to the ISS aboard a Soyuz currently costs about 50 million dollars. Where do you see this price in a few years when the Falcon 9 comes online and what are the benefits to US taxpayers?

EM: In contrast to the existing manned systems, a seat on-board the Dragon Spacecraft launched by the Falcon 9 rocket and would cost less than $20M per seat and it is 100% manufactured and launched in the United States. We are estimating that it would create well in excess of a 1000 high quality jobs at Cape Canaveral and an equivalent number in California and Texas, where we do our manufacturing and testing. Moreover, the total cost would only be $1.5 billion, so taxpayers would save $2 billion.