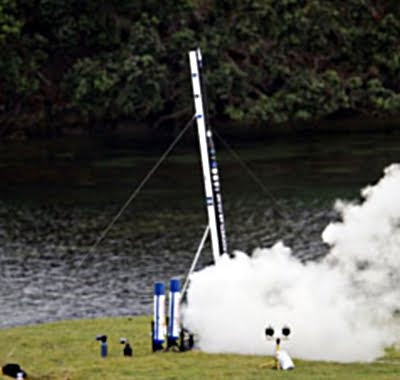 Fuel is dumped from the rocket after the first launch attempt from Great Mercury Island was aborted [Peter Drury/Waikato Times].

The six-meter rocket was due to lift off from Great Mercury Island at 7.10am but was put back to give scientist Peter Beck and his team from Rocket Lab the chance to fix the aerocoupler, which connects the fuel line to the rocket.

The coupler was meant to disconnect automatically, but Rocket Lab director Mark Rocket said it appeared the connection had frozen.

Mr Rocket said it was disappointing to delay the launch but "that's what happens in this game".