Anders: We can return to the Moon 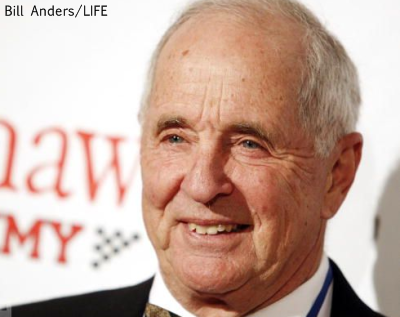 Maj. General William A. Anders (USAF, Ret.) was keynote speaker at a private luncheon hosted at the Museum of Flight in Tukwila in Washington, by the Seattle Symphony on the 40th anniversary of the launch of Apollo 12 – the second mission to land men on the moon.

When the United States eventually returns to space after the shuttle program is retired next year, “we can go back to the moon and on to other planets,” the Apollo 8 veteran said.
Read the post HERE.
Posted by Joel Raupe at 6:53 AM