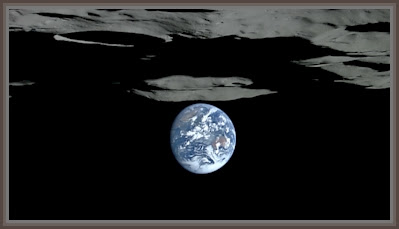 Yet this was only the beginning of the rich data sent back to JAXA, much of which has been shared with the world by JAXA, since Kaguya began orbiting the Moon in late 2007.

Only a week before the present "earliest" launch of NASA's Lunar Reconnaissance Orbiter, however, Kaguya will be deorbited June 10.

"I am very sorry that, as I was stacked with many, many businesses," reported Junya Terazono by Email, early Thursday. "I could not send any information for these couple of months. Even during the time, Kaguya conducted survey (lower altitude). And today JAXA announced detailed information of (Kaguya) impact."

The estimated impact at 18:30 June 10 (UTC) is expected "around 80 degrees East and 63 degrees South latitude, south of Gill crater."

If on schedule, Kaguya's impact will not be visible from the Western Hemisphere.

At that moment the Moon will be 92 percent Waining Gibbous, 17.26 days into the next lunation, or three days past Full, rising locally around 10:45 PM. Just past sunset at the impact, site at around Five O'Clock" on the Moon's Nearside, within the darkened southwestern limb, Kaguya's ending may well be excellently placed for observers in Japan, all of whom deserve the world's gratitude for this historic mission.
"Please look at the Kaguya project website often to obtain up-to-date information about the impact time and place as some reviews will be made through the future satellite operation."

As anticipation build ahead of the launch of LRO/LCROSS, hopefully on June 17, now might be an excellent time to review what accomplishments JAXA has been willing, so far, to share from this incredible mission. It is likely, with the help of Kaguya's twin sub-satellites, that the Japanese mission has mapped the true lunar dimensions for the first time, and deduced the Moon's elusive center of gravity within less than 100 meters.

The mission's lasar ranger using many millions more data points than ever before, delivered what is by far the most accurate topographical maps of the Moon ever produced. The first images of the interior of a permanently shadowed lunar polar crater, Shackleton abutting the South Pole.

But it will likely be for the high definition television, the virtual fly-throughs of Tycho and elsewhere that Kaguya will be remembered, most of which can be downloaded or viewed at what became a regular stop for "lunatics" everywhere since Kaguya's mission began.