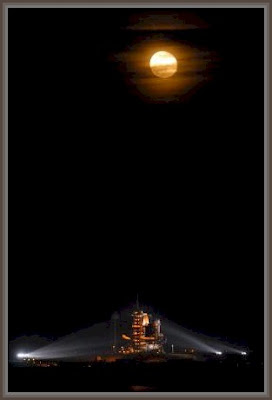 STS-127 will be the 32nd construction flight to ISS, the last of a series of three flights dedicated to the assembly of the JAXA Kibo laboratory. NASA officials say Endeavour will be moved from Launch Pad 39B to pad 39A Saturday, with the STS-127 crew's Terminal Countdown Demonstration Test between May 31-June2.

Endeavour had, of course, been stationed at 39B in on stand-by as STS-400, an emergency rescue operation if necessary during the repair mission to the Hubble Space Telescope by the crew of Atlantis.