Random Walk to the Moon's origin 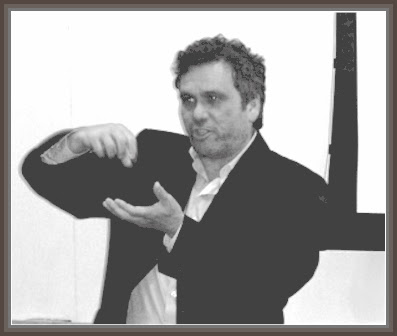 Edward Belbruno
From the Mathematical Association of America, via Jaksichj, a Senior Member of the Bad Astronomy and Universe Today Forum, comes a compelling lecture by Dr. Edward Belbruno.
Having read the introduction, being only a crippling two-thirds familiar with the needed scholarship necessary to fully understand Belbruno's discussion, my first reaction has been serendipity, because not everyone agrees with the prevailing theory of the origin of Earth's Moon.
That theory explains a great deal, and it has been "the prevailing theory" since the Apollo Era. It states, in short, that the Moon resulted from a very fast accretion of debris following a glancing encounter with Earth by a "Mar-sized object," very early in our planet's history.
One scholar who has not been completely sold on this theory is none other than Dr. Harrison H. "Jack" Schmitt, who remains the only professional scientist (a geologist) to actually visit the Moon.
Jack Schmitt has an exceptionally respected perspective on the Moon's origin not merely because he actually explored some of the most historic and profound Ground Truth on the question, but because of his eminent scholarship on the matter, both before and long after his field trip to the Taurus-Littrow valley on the southeastern edge of Mare Serenitatis in 1972.
Dr. Schmitt is almost as conventional as any lunar and planetary scientist on the history of the Moon after it's arrival in Earth orbit. He is perhaps as anxious as any to gain more definitive evidence of the theorized late Grand Bombardment, for example, but leans away from the Earth impact-origin toward capture, something believed unlikely by many others. He also has not dismissed the possibility of a megabasin-forming impact, prior to the South Pole-Aitken basin, as well.
And now comes the eminent mathematician and theorist Edward Belbruno, who has worked out very-low energy trajectories from Earth to Moon which have already put to good use in lunar exploration.
My first reaction was a thought that, somewhere in Belbruno's remarkable balance is a reconciliation between unexplained angular momentum of Earth's Moon after 4.5 billion years in Earth orbit and the Post-Impact Fast Lunar Accretion theory.
But it will take someone like Harrison Schmitt to work out the details. I'm merely a tourist riding below the waterline, obviously.
The MAA introduction begins, HERE.
Posted by Joel Raupe at 5:37 AM