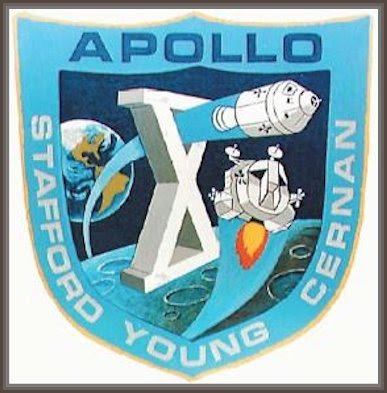 40th Anniversary of the wild "gyrations"

Weatherford, OK — Disaster fell upon Apollo X astronauts Thomas P. Stafford and Eugene A. Cernan 40 years ago this month when their lunar module began spinning wildly during a low pass over the moon’s surface. No humans had ever been so close to another celestial body, and yet in that defining moment, the mission — and their lives — appeared in jeopardy.

The world listened anxiously to the spacecraft’s radio transmission to NASA’s Command Center in Houston. As the lunar module pitched and rolled in "wild gyrations,” Cernan bellowed his now-famous, "Son of a b----!”

Stafford mumbled something inaudible in his Oklahoma drawl and took action.

"When you see the surface of the moon flash before your eyes eight times in 15 seconds, it’s a bit unnerving,” recalled the retired Capt. Cernan, now 75 and living in Houston. "Luckily, Tom was able to shut it down completely and take over full control of the lunar module manually and get us back under control.”
Read the complete article HERE.
Posted by Joel Raupe at 7:33 PM