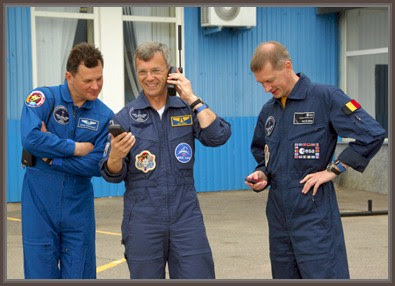 The Soyuz TMA-15 spacecraft, mounted atop the same launch pad used by Yuri Gagarin at the dawn of the space age, is scheduled for takeoff from the Baikonur Cosmodrome in Kazakhstan at 6:34:49 a.m. EDT.

Assuming an on-time liftoff, Romanenko plans to oversee an automated approach and docking to an Earth-facing port on the front end of the space station's Russian Zarya module at 8:36 a.m. Friday. Waiting to welcome their new crewmates aboard will be Expedition 20 commander Gennady Padalka, NASA flight engineer Michael Barratt, and Japanese astronaut Koichi Wakata.