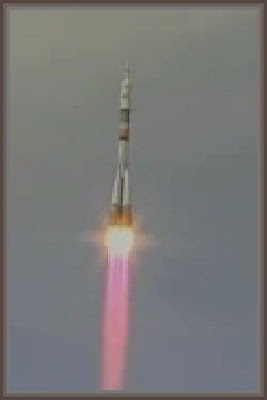 Roscosmos Energia - Soyuz TMA-15 is in orbit, after another smooth ride into low Earth orbit. The three-man crew is now chasing the International Space Station, after an on time lift-off at 11:34 UT, 27 May. On-board were Commander Roman Romanenko (RU), Robert Thirsk (CAN) and Frank De Winne (BLG-ESA), three who will tally out the first permanent six-person crew on ISS, now continuously inhabited for nine years.
Posted by Joel Raupe at 11:39 AM