First Global Stereo-Imaging of the Moon 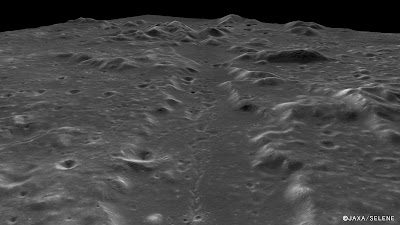 "The Terrain Camera is the first high-resolution camera to capture three-dimensional topographic images of the surface of the entire globe. Another important feature of the camera is its ability to take images of very dark and very bright places..."