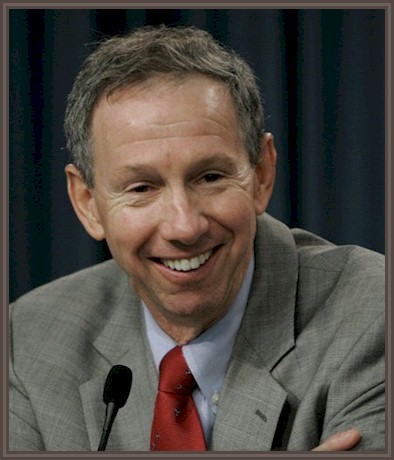 From NASA HQ to the "bare office of a professor
at U. of Alabama-Huntsville, former NASA
administrator Mike Griffin shared his observations
of the Human Spaceflight Review Committee,
which holds its first meeting next week. - AP

Jay Reeves - Associated Press, June 12 - "Griffin, 59, wanted to remain as head of the National Aeronautics and Space Administration, the job he held for almost four years under President Bush. But that was never a possibility when President Obama's administration took over.

"There wasn't any discussion," Griffin said flatly during an interview Wednesday.

Griffin was pleased with Obama's selection of former astronaut Charles Bolden as his successor. Griffin — who was sometimes faulted for what some described as a prickly personality — said Bolden has the experience, smarts and people skills for the job.

"It would be very hard to think more highly of him," he said. "He's way better with people than I am."

But Griffin doesn't have the same warm feelings about the administration's decision to study NASA's plan for the manned spaceflight program. Critics both outside and inside the agency have questioned NASA's plans for returning to the moon and, eventually, traveling to Mars.