America begins its return to the Moon 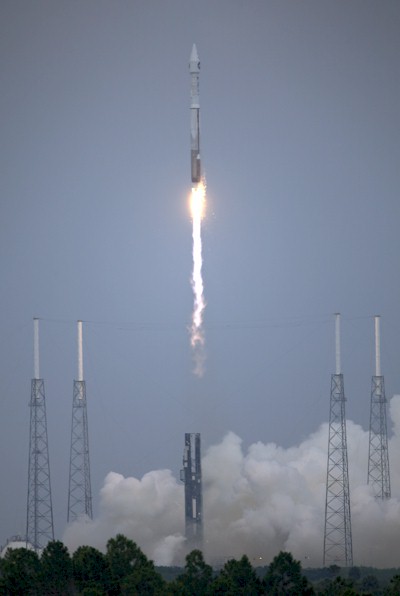 Bill Engles is credited with getting this shot of Atlas V-LRO/LCROSS, as ground controllers took their final launch opportunity of Thursday, June 18.

Both Spacecraft, first U.S. missions to the Moon since Lunar Prospector in 1999, are now on separate tracks and reported to be in excellent health. The Lunar Reconnaissance Orbiter is now under control of NASA Goddard in Greenbelt, Maryland and LCROSS will soon be handed over to NASA Ames at Moffett Field in California.
Posted by Joel Raupe at 11:40 PM