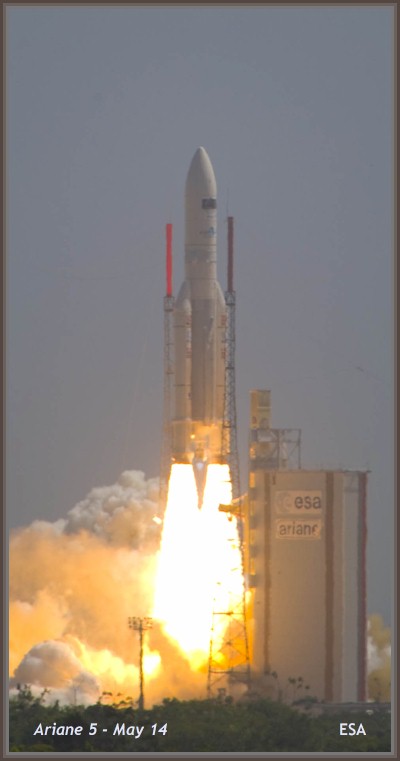 PARIS (Reuters) - France wants Europe to start looking into a space rocket launcher to replace Ariane 5 at some point between 2020 and 2025, President Nicolas Sarkozy's office said on Saturday.

The Ariane-5, which is billed as a cost-effective launcher for large satellites, has launched satellites for European telecoms operators, telescopes and scientific space observatories.
But it was time to start working on Ariane 6, the president's office said in a statement.
"(Sarkozy) hopes that the first studies will begin on this new launcher, in cooperation with our European partners and the European Space Agency (ESA) with regard to decisions at the ESA ministerial meeting in 2011," the statement said.

"Ariane 6 should be a very robust launcher with modules and optimized in terms of cost in order to best respond as much to government and commercial needs in a context of increased competition."

A strong euro has led many European operators to launch aboard American and Russian rockets offering lower prices than Europe's Ariane rocket series.

(Editing by Richard Balmforth)
Posted by Joel Raupe at 10:58 PM