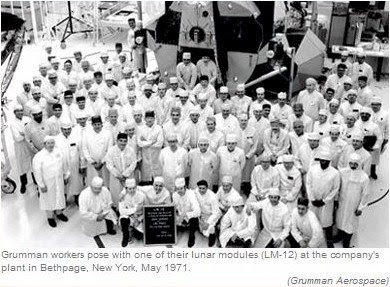 It took 400,000 people, working under extreme pressure, to reach the moon in 1969. Like any army, they suffered casualties. (airspacemag.com)
In their highly regarded 1989 history, Apollo: A Race to the Moon, authors Charles Murray and Catherine Bly Cox told the story of the lunar program’s other heroes: the flight directors, engineers, technicians, and back-room wizards who rarely shared in the astronauts’ public acclaim, but who were just as vital to their success. The book’s dedication reads: “For all the people who gave their best to Apollo—and for their families, who did too.”

Read the Feature HERE.
Posted by Joel Raupe at 4:14 AM