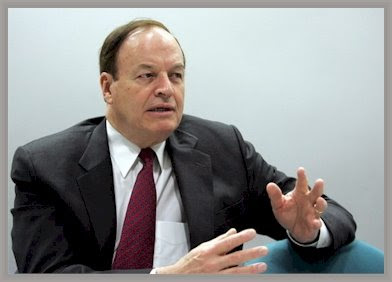 The 'start and stop' flowchart for development of interplanetary, updated heavy-lift capability the U.S. has planned for the manned Constellation program, including a long-overdue resumption of lunar exploration, will prove too expensive if the Shuttle program is continued beyond its present retirement date.

Shelby also said the U.S. will not be able to continue funding for the International Space Station past 2015, and sustain time lines for Constellation's new man-rated boosters Ares I or Ares V.

While the Space Shuttle system was given reprieve after its second total vehicle loss, that of the twenty-year-old Columbia with all hand in 2001, to complete construction of the International Space Station, Shelby told the editorial board of the Huntsville Times, "something has to give."

While NASA continues the $1 billion retirement of the Space Shuttle, and currently has no plans to fly missions beyond the end of 2010, rumors continue that some in the Obama administration and Congress still cling to hope the Shuttle can remain in limited operation.

Rumors alone, on Capitol Hill, are enough to halt critical developments in the Constellation program even temporarily, pushing projected flight schedules further into "the out years."
Read the Article HERE.
Posted by Joel Raupe at 9:30 PM