Initial Orion crew may be downsized to four 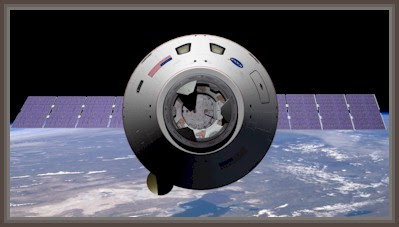 Notional artist rendering of Orion from 2006
Frank Morning, Jr. of AviationWeek.com has picked up on the likelihood Orion's reconfigurations to increase cosmic ray shielding may require reducing ISS mission crew configuration down from six to four.

"Jeff Hanley, manager of the Constellation Program that is developing the Orion, its Ares I crew launch vehicle and the follow-on lunar vehicles, told Aviation Week on April 22 that the Orion design is within "plus or minus a couple of hundred pounds" of the 21,000-pound maximum for the command module set by a requirement to land safely with only two of the three main parachutes deployed.

"Right now we're studying and really on the verge of deciding that we're going to start with four," Hanley said. "That gives us a common lunar and ISS version, but we've sized the system and have a design for six, so we'll grow our capability as we need it."

Read the story HERE.
Posted by Joel Raupe at 4:21 PM