Report that EELV is viable as Ares alternative 'not accurate,' Coppinger reports 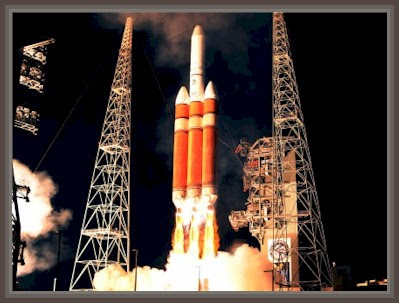 NASA via Rob Coppenger @ FlightGlobal's Hyperbola, following good journalist practice, has posted a correction to reports first headlined by NASASpaceFlight.com. The erroneous conclusion drawn from the Areospace Corporation study was then picked up by Lunar Pioneer Research Group's blog Lunar Networks and has since been withdrawn.

Lunar Network reported yesterday that a study "by the Aerospace Corporation "conducted at the request of NASA to disprove the viability of an option to switch Orion to an alternative Evolved Expendable Launch Vehicle (EELV) has found both the Atlas V Heavy and Delta IV Heavy are capable of launching Orion on both ISS and Lunar missions."

"While is says nothing about EELV suitability for launching Orion, " Coppenger writes, "there is one entry that is very interesting. Acting (NASA) administrator Christopher Scolese is quoted as saying, when asked by the (Panel) "what was harder than you expected."

"Designing Ares and Orion to have improved operational characteristics over our Shuttle and EELV system," Scolese is quoted.