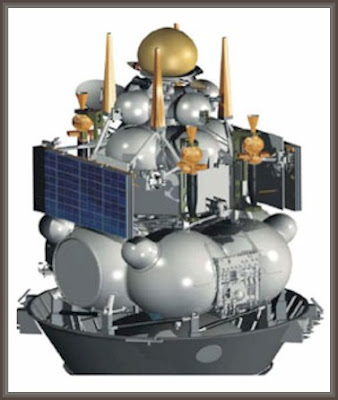 Craig Covault at SpaceflightNOW is reporting as breaking news that various issues are threatening to delay the Russian GLOB contribution to the International Lunar Network mission.

"That hopeful approach is not supported by details emerging from Russia, according to Anatoily Zak, a Russian space expert who manages the authoritative "RussianSpaceWeb.com." Zak believes the lunar mission is in for a delay, something Basilevsky and other top Russian planetary managers are not ready to concede."

"All this is going to end up in a scandal," Roald Sagdeev told Spectrum. The Phobos mission has become "so politically loaded that people involved will probably be reluctant to admit the true state of affairs until the very last minute," he told the IEEE magazine."

The article from SpaceflightNOW HERE.
Posted by Joel Raupe at 4:00 AM