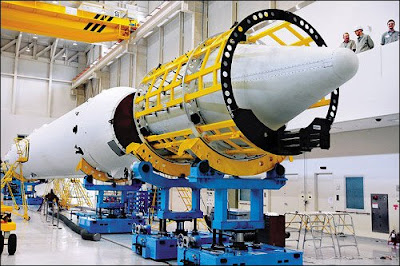 As shown from a report relayed last October, the Korea Aerospace Research Institute (KARI) had been rumored to be planning a satellite launch using a second generation of the KSLV-1 , the KSLV-2 booster "before 2020." It was also since confirmed Korea is expanding its launch facilities and its cooperation with JAXA.

Now reports are swirling of an impending launch this July from that part of Korea no one seems to have any reason to be afraid of, this July.
Posted by Joel Raupe at 10:12 PM