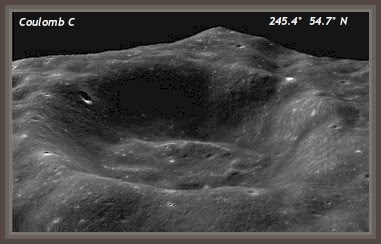 Reports from India and elsewhere indicate analysis of data from the Moon Mineralogy Mapper (3M), an American experiment on-board ISRO's lunar orbiter Chandrayaan 1 has confirmed the Lunar Magma Ocean hypothesis, behind the formation of the Lunar Highlands.

The conclusion was apparently reached after analysis of material brought to the surface by the relatively recent Mare Orientalis impact basin event, that of the Inner Rook Mountain ring in particular.

An unknown "NASA scientist" is quoted in the Indian Economic Times saying, "Nearly 40 years after Apollo, no one had directly and unequivocally confirmed the true nature of the lunar highlands. Researchers from the Chandrayaan-1 mission have reported that they now have the final, direct proof."

“The hot liquid, magma, seems to have flowed on to the surface and taken the form of lava. The rocky remains that floated to the top appear to have transformed into the Moon’s highlands or mountains,” an ISRO investigator explains.

The lunar magma ocean hypothesis gained support from Apollo, Earth-based and orbital observations and is thought to explain the Moon's initial state prior to the Nectaris and Imbrium basin-forming impacts.

Under the revised morphology, the more famous Nearside highland peninsula is believed to be a remnant of elevated, near-continental "islands" that may have floated on a global ocean that formed the Moon's first crust, prior to 4.1 billion years ago.

The Farside highlands are another matter. Some explain the whole of these highest elevation on the Modern Moon as an outer rim of a possible mega-impact basin event larger than half the entire Moon and centered near northwestern Mare Tranquillitatis, and subsequently modified by the "smaller" South-Pole Aitken Basin impact event.

Experts from Brown say the new 3M images show the lunar surface in very fine detail. "clear enough that surface coloration can be separated to indicate age of highland and crust. Investigators for the 3M report the entire Inner Rook Mountaina, around Mare Orientale, are of similar material.

“This validates the magma ocean. The huge impact that formed Mare Orientale basin threw up those mountains,” investigators say.
Posted by Joel Raupe at 2:12 PM