Life on Earth without the Moon? 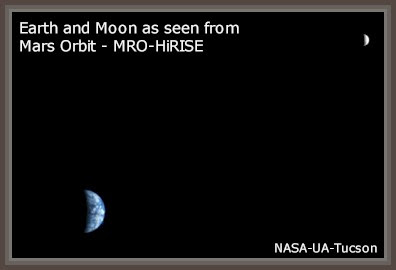 Although Bruce Dorminey does not bring up a curious possibility that Earth's atypical magnetic field, perhaps resulting from tidal forces acting upon Earth's internal magma-ocean, he still did a fair job summing up the latest thinking that life on Earth might not be possible without the presence of Earth's Moon.

By driving the tides, our lunar companion may have jump-started biology--or at least accelerated its progression - The ocean tides mirror life itself. Their ebb and flow pay homage to the cyclic nature of the cosmos along even the most secluded seashores. But is life itself also ultimately a fluke of the tides?

If so, life may ultimately owe its origins to our serendipitously large moon. The sun and wind also drive the ocean's oscillations, but it is the moon's gravitational tug that is responsible for the lion's share of this predictable tidal flux.

Our current Earth–moon system, according to the prevailing theory of lunar formation, reflects our solar system's early game of planetary billiards, when colliding planetary embryos created entirely new versions of themselves—in the case of our own planet, a disproportionately large natural satellite in close orbit.

It all started some 4.5 billion years ago when, as theory has it, our nascent Earth was blindsided by a Mars-size planetary embryo, believed to have spun Earth into its initial fast rotation of roughly 12 hours per day. The molten mantle thrown into orbit after the catastrophic lunar-forming impact quickly coalesced into our moon. Within a few thousand years, Earth cooled to an object with a molten surface and a steam atmosphere. Life emerged some 700 million years later, or about 3.8 billion years ago.

But four billion years ago a cooling Earth already had an ocean, but remained barren. The moon was perhaps half as distant as it is now, and as a result, the ocean tides were much more extreme.

At an average distance of 235,000 miles (380,000 kilometers), the moon is currently receding from Earth at a rate of 1.5 inches (3.8 centimeters) per year. As it does, Earth's own spin rate is slowing. And, in the process, roughly three terawatts of gravitational energy is shed into pushing around the oceans annually.
Read the SciAm Gedanken HERE.
Posted by Joel Raupe at 8:00 PM