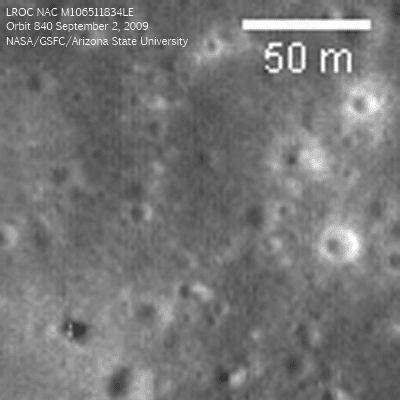 Luna 16 was the first robotic mission to land on the Moon and return a sample to the Earth. It was launched by the Soviet Union on 12 September 1970; landed on the Moon on 20 September; lifted off on 21 September and returned to the Earth on 24 September. The lunar landing occurred on the basaltic plains of Mare Fecunditatis; about 101 grams (3.5 ounces) of lunar material were returned. Sampling operations were conducted entirely in the dark since the Sun had already set when Luna 16 touched down (See below). 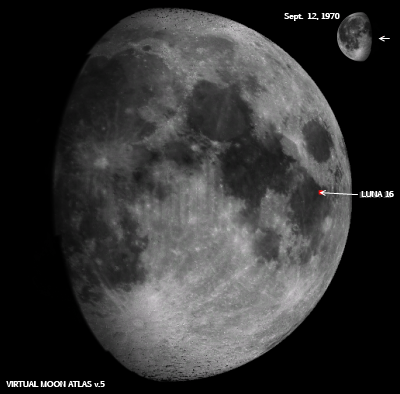 Tonight (late March 25, 2010 UT) the Luna 16 landing site bakes in mid-day equatorial sunshine near the eastern limb of a Moon waxing Full as seen from Earth, high overhead after sunset. Amazingly, as the inset showing the Moon's waning phase on Sept. 20, 1970, the robotic sampler was soft-landed, trapped its small but now-proven very valuable sample, and began its return trip to Earth in cold darkness, long after the local nightfall (with Earth, eternally hanging high over the western horizon, waxing Full) [Virtual Moon Atlas, v.5]. 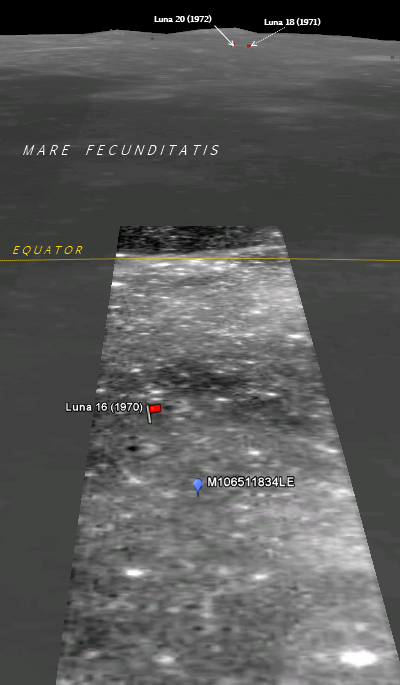 The high-altitude, relatively high-angled slew of LRO's fore-shortened view of this narrow-angle camera "target of opportunity," last September 2, left some detail at high contrast in the original commission-phase LROC frame "nacl00008ce6." Of course, the reduced quality of the calibrated version seen above in Google Moon is not a reflection of the image quality at present, in the product now labeled "M106511834." It's yet another tribute to the skill of the LROC team at Arizona State that the quality of the image today, originally imaged at a relatively high angle and from three times the LRO's present nominal mission altitude, made resolving the Luna 16 descent stage even remotely possible [Google/USGS/NASA/JAXA/GSFC/ASU]. 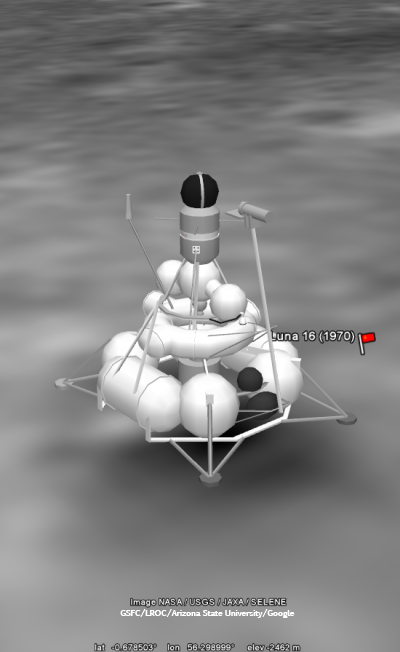 A less-then-completely "notional" scene showing a 3D view of Luna 16 (with ascent stage still intact) as seen within the actual context of the present-day artifact's true surroundings on the Moon, made possible by the LROC and Google Earth.
Zoom into and explore Mare Fecunditatis and the sampling site of the landmark Luna 16 mission within LROC NAC image M106511834L, HERE. (LROC NAC Images of Luna 20, 23, and 24 can be found here).
Posted by Joel Raupe at 12:32 AM