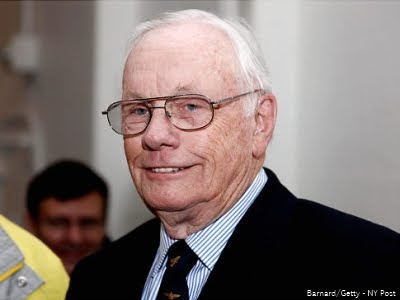 Neil Armstrong was a speaker at 'Legends of Aerospace' at the Intrepid Sea-Air-Space Museum.

The Intrepid Sea-Air-Space Museum seized on a visit by the first man on the moon Sunday to ramp up its bid to bring a space shuttle to New York.

The museum collected signatures for a petition in favor of bringing a shuttle to the Intrepid from the hundreds of schoolkids and their parents who showed up for a talk by Neil Armstrong.