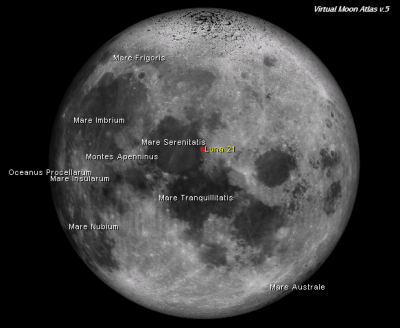 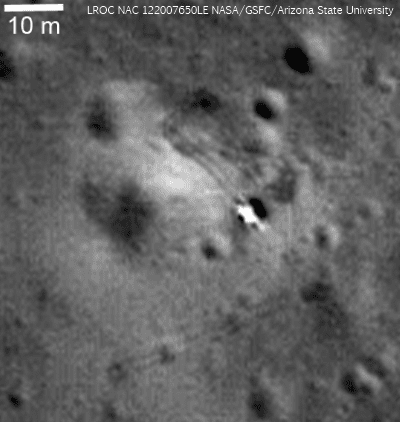 The Luna 21 spacecraft landed in Le Monnier crater on 15 January 1973 delivering the Soviet Union’s second rover - Lunokhod 2 to the lunar surface (LROC Image of Lunokhod 2 rover). Luna 21 had a landed mass of 1900 kg and is about 2.3 m long; its overall diameter is about 3.3 m including the landing legs. The NAC image shows the typical descent engine scour around the vehicle with a bright zone extending out some 10-20 m.
The landing site is 5-6 km north of the mare highlands boundary; the rolling hills of the highlands are visible in the distance from the lander. 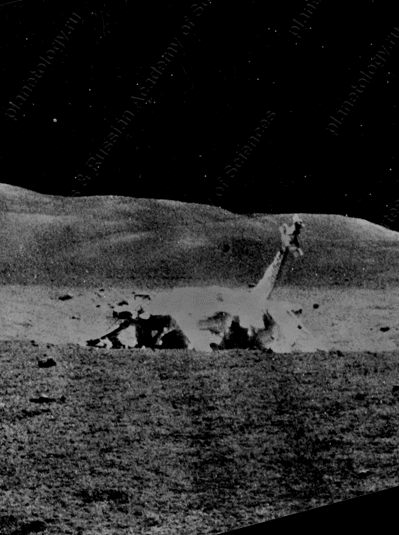 Russian Academy of Sciences
The lander is oriented northwest and the rover drove off in that direction. Its tracks are clearly visible. Several maneuvers were made around the lander to examine the local terrain and photograph the lander.

Read about LROC's Featured Image HERE.
Posted by Joel Raupe at 4:06 AM