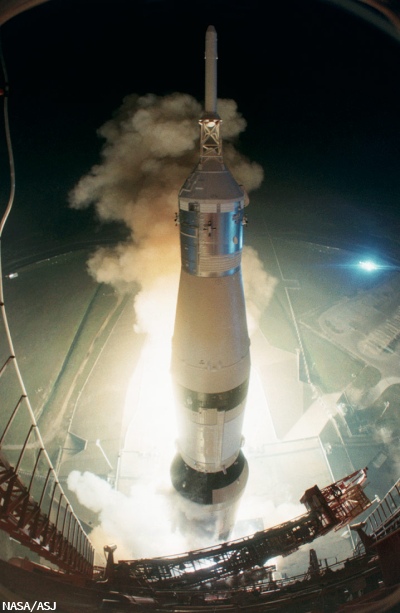 Confirming that such a Chinese Moon rocket is at the study stage, the vice-president of the China Academy of Launch Vehicle Technology, Liang Xiaohong, says it will have a thrust at lift off of 3,000 tons. The Saturn V’s S-1C first stage generated 7,648,000 lb. (3,470 metric tons) of thrust at sea level.

Liang says the payload of the Moon rocket has not been defined, which seems to suggest that the achievable launcher technology will determine the scope of the mission, rather than the desired mission determining the performance of the rocket.

The Chinese government has not authorized a manned Moon mission, but it is clear the country’s space sector is at least being allowed to prepare for one.

The latest announcements have been reported by Xinhua news agency and the China Daily, an English-language newspaper whose content is intended for foreign consumption.